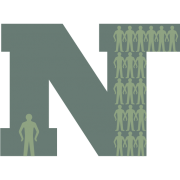 The term “civil society” refers to the public space in which individuals come together on a voluntary basis and establish a large number of more or less independent groupings with varying degrees of organisation. Such initiatives, societies or associations are known as non-governmental organisations (NGOs). NGOs often work autonomously across national borders and thus play a role as international actors in addition to nation states and international organisations (→ Organisations). Immediately after World War II, hundreds of minority organisations were formed in what were often multinational states to protect and promote minority languages and cultures in Western Europe. Although working initially in isolation and with little governmental recognition, these organisations made rapid progress in networking beyond their national borders. Following the fall of the Iron Curtain and in response to the civil war in Yugoslavia, transnational organisations suddenly established themselves as the first bridge builders between East and West and obtained observer status with various international organisations. In the everyday political workings of the EU, too, one can observe the growing role of the NGOs. Following the last round of reforms to the EU Treaty the new Article 11 explicitly states that EU institutions must give “representative associations the opportunity to make known and publicly exchange their views in all areas of Union action” (→  Lisbon Treaty). The EU must also “maintain an open, transparent and regular dialogue with representative associations and civil society” and “carry out broad consultations”. An example of this new tendency serves the Fundamental Rights Platform of the European Union Fundamental Rights Agency (FRA) bringing together hundreds of NGOs dealing with human rights issues.

With regard to minority issues, a wide range of NGOs are active at the European level, and only a few of the most important are presented below by way of example. For the biggest minority in Europe, mention should be made of the European Roma Rights Centre (ERRC) in Budapest, where racist attacks on Roma are investigated and documented and legal assistance provided (→ Roma). Since 1996 the Minority Rights Group International has had an office in Budapest. As the MRG European regional office, it promotes and protects the rights of minorities and indigenous peoples across Europe and Central Asia. At the scientific level there are the European Center for Minority Issues (ECMI) in Flensburg, Germany and the Institute for Minority Rights at the European Academy in Bolzano (EURAC) in South Tyrol, two competence centres in the field of minority protection which work in close cooperation with civil society, government structures and international organisations.

In October 2009 the Federal Union of European Nationalities (FUEN) celebrated its 60th anniversary. The organisation, which was founded in 1949 in the French city of Versailles, today has more than 84 members in 32 European states and is based in Flensburg. It was established as a platform for regions, linguistic communities and minorities in order to address questions of special importance to regions with minorities. This regional approach was later abandoned and by 1955 FUEN had become an association of minority organisations. According to its statutes, FUEN stands in the service of Europe’s autochthonous national minorities/ethnic groups and works with exclusively peaceful means for the preservation and promotion of their identity, language, culture and history. FUEN is opposed to separatism and the use of force to change national borders and supports good neighbourly relations and peaceful coexistence between minorities and majority populations. The occasionally voiced criticism of FUEN for pursuing “nationalist” policies is accordingly unfounded. The FUEN Presidium is currently comprised of representatives of seven autochthonous national minorities from six different countries. The incumbent President is an ethnic North Schleswig German from Denmark. The Presidium also includes one representative each of the Croats in Austria, South Tyroleans in Italy, Rhaeto-Romans in Switzerland, Cornish in Great Britain, and Sorbs and Danes in Germany (→ What is a “Minority”?).

Apart from supporting its member organisations at the local and national levels, FUEN emphasises the minorities’ positive contributions to European diversity and integration. In this context FUEN is the political mouthpiece of national minorities vis à vis the UN, OSCE, Council of Europe and the EU. In 1956, 1967 and again in 1985 FUEN presented its latest revised basic principles for European ethnic group law. Starting in 1991 FUEN developed those principles into a draft convention on the fundamental rights of Europe’s ethnic groups and provided input with these ideas to the international work of the Conference for Security and Cooperation in Europe (CSCE), the UN, the Council of Europe and the European Parliament. In March 2009 the European Dialogue Forum established by FUEN in collaboration with the European Parliament’s Minority Intergroup (→ Organisations) started its work. The Forum meets twice a year to discuss current challenges, problems and long-term strategies for minorities in Europe. FUEN also plays an official institutional role in the context of the Council of Europe through its participatory status.

In addition to involving young people through the European umbrella organisation YEN (Youth of European Nationalities), FUEN also works to formulate the self-image of the European minorities and to define their common goals and demands. In the Charter for the Autochthonous National Minorities in Europe adopted in 2006, FUEN postulates thirteen fundamental rights related to the protection of minorities. Of the thirteen, the right to education (→ Education), media (→ Media) and participation (→ Participation) have now been further elaborated with the help of case studies so as to supplement the Charter with a detailed compendium of minority protection in Europe. 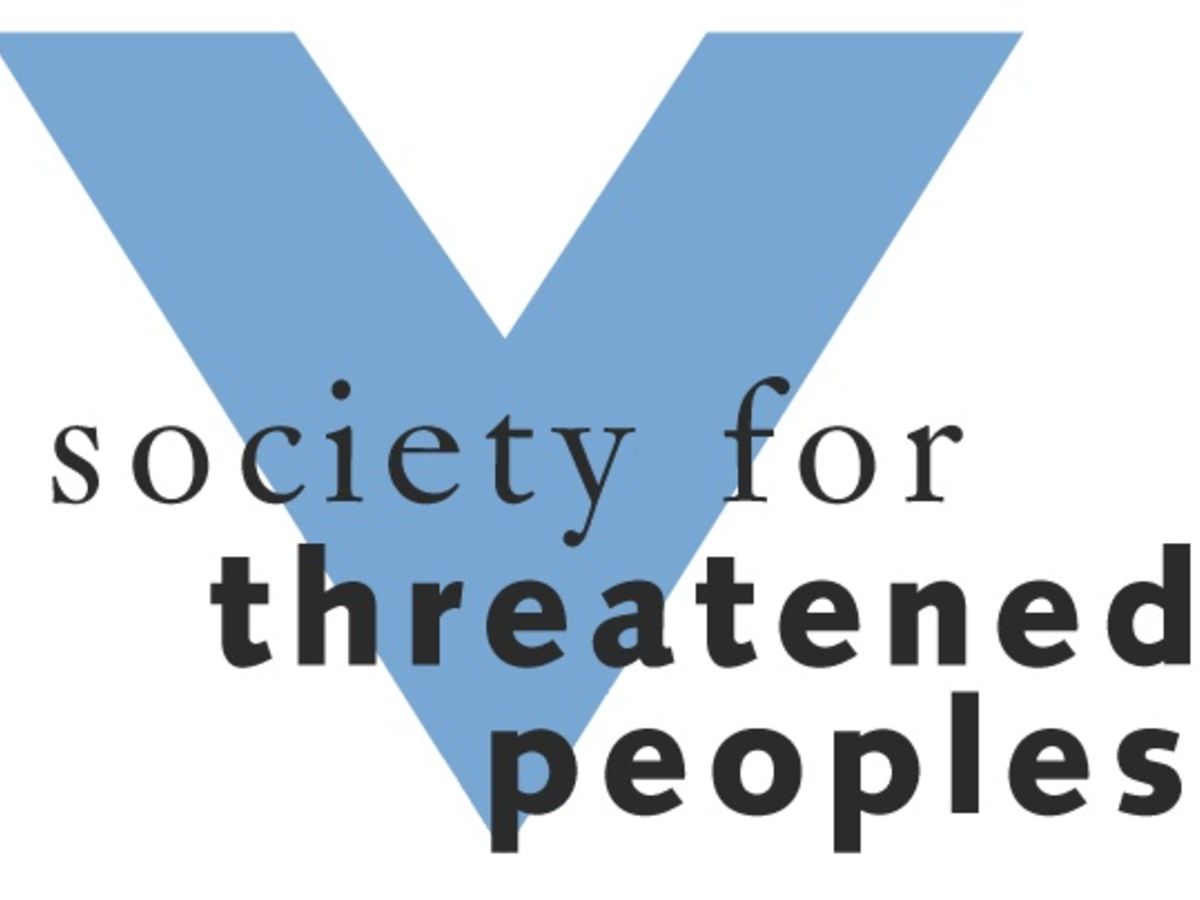 The international human rights organisation Society for Threatened Peoples (STP) works in support of threatened and persecuted ethnic and religious minorities, nationalities and indigenous peoples (→ Indigenous Peoples). The STP has its roots in “Aktion Biafra-Hilfe”. This public campaign against genocide in Biafra, today’s Nigeria, was launched in Hamburg in 1968. In 1970 it was transformed into the STP with its headquarters in Göttingen. The organisation also has groups in Austria, Switzerland, South Tyrol / Italy, Luxembourg, Bosnia-Herzegovina and Chile, and representatives in London and New York. It is currently in the process of setting up an office in Iraqi Kurdistan. Since 1993 the STP has had advisory status with the UN Economic and Social Council (ECOSOC) and it has been working in close collaboration with the Council of Europe since 2005.

The STP makes use of press releases and interviews for the press, radio and television, its magazine “Threatened Peoples – Pogrom”, the Internet, exhibitions, talks and discussions to provide the general public with information about the persecution of minorities and violations of their rights (→ Media). The organisation brings pressure to bear on political decision-makers, publishes human rights reports, documents and memoranda, writes expert opinions, recruits experts and solicits aid for the persecuted and for people in need. The STP helps ensure that the voices of the victims are heard by the appropriate national, European and international bodies with the objective of exposing war crimes and preventing further human rights abuses.

At the beginning of the trial before the International Criminal Court in the Hague against the suspected war criminal and former President of Republika Srpska, Radovan Karadžic, the STP demonstrated against the division of Bosnia. Together with refugee and survivor associations from Bosnia-Herzegovina, the STP opposed the division of Bosnia-Herzegovina engineered by Karadžic and confirmed in the Dayton Constitution (→ Zero Tolerance). A further initiative was directed against the planned return of over 10,000 Roma from Germany to Kosovo (→ Roma). The Roma families that had been expelled from Kosovo following its liberation by NATO in 1999 were to be returned to Kosovo after ten years in Germany, although there had been no significant change to the situation of the Roma there in the meantime. The unemployment rate for the Roma is still almost twice as high as for the Albanian population, health care is as good as non-existent for members of the Roma community, and schools are hardly accessible to Roma children (→ Discrimination).

In 1983, at the request of the first elected European Parliament, the Commission established budget line B3-1006, in which funds were allocated for the preservation and promotion of cultural and linguistic diversity in Europe (→ Organisations). This budget line, which was operative up to the end of the 1990s, benefited the European Bureau for Lesser Used Languages (EBLUL). The network, which was established – also in response to an initiative put forward by the European Parliament – by representatives of a number of minority organisations in Dublin in 1982, took advantage of this financial support to lay the groundwork and perform lobbying for Europe’s regional and minority languages.

EBLUL used to run national committees in the various EU Member States representing the country’s minority organisations. These national committees formed the basis for the important role played by EBLUL in the collection of information and exchange of knowledge in the field of minority language support. In cooperation with the European Commission EBLUL created a visitor programme that has enabled more than a thousand experts from various linguistic communities to share their experience with others and to take home with them new findings relating to the use of minority languages. In addition, the Euroschool project has benefitted more than 400 young people from ten different linguistic communities, who have visited other young people and their families or have been involved in joint school projects. At the local level, EBLUL initiated the Partnership for Diversity, which is designed to help multilingual regions in Europe to improve their language policies through the enhanced exchange of information (→ Transnational Cooperation). At the beginning of 2010, after a quarter century spent promoting the cause of Lesser Used Languages in the EU, EBLUL was closed down due to funding problems. EBLUL’s Brussels office has run information campaigns to improve the image of minorities and their languages. For a number of years a minority press agency by the name of Eurolang, which was located in Brussels, has been publishing well researched objective reports on the situation of minorities (→ Media). One of the objectives of both EBLUL and Eurolang was to disseminate information about Europe, e.g. on EU policies and funding programmes, in minority communities. EBLUL also played a role in the creation of the EU’s three information and documentation centres Mercator Education in Leeuwarden (Netherlands), Mercator Legislation in Barcelona (Catalonia) and Mercator Media in Aberystwyth (Wales). Finally, EBLUL played an advisory role in drafting the European Charter for Regional or Minority Languages and the European Charter of Fundamental Rights. In collaboration with other organisations and individuals, EBLUL successfully lobbied for a ban on discrimination on the basis of language to be included in Article 21 of the Charter of Fundamental Rights (→ Lisbon Treaty).