South Tyrol and the Unites Nations 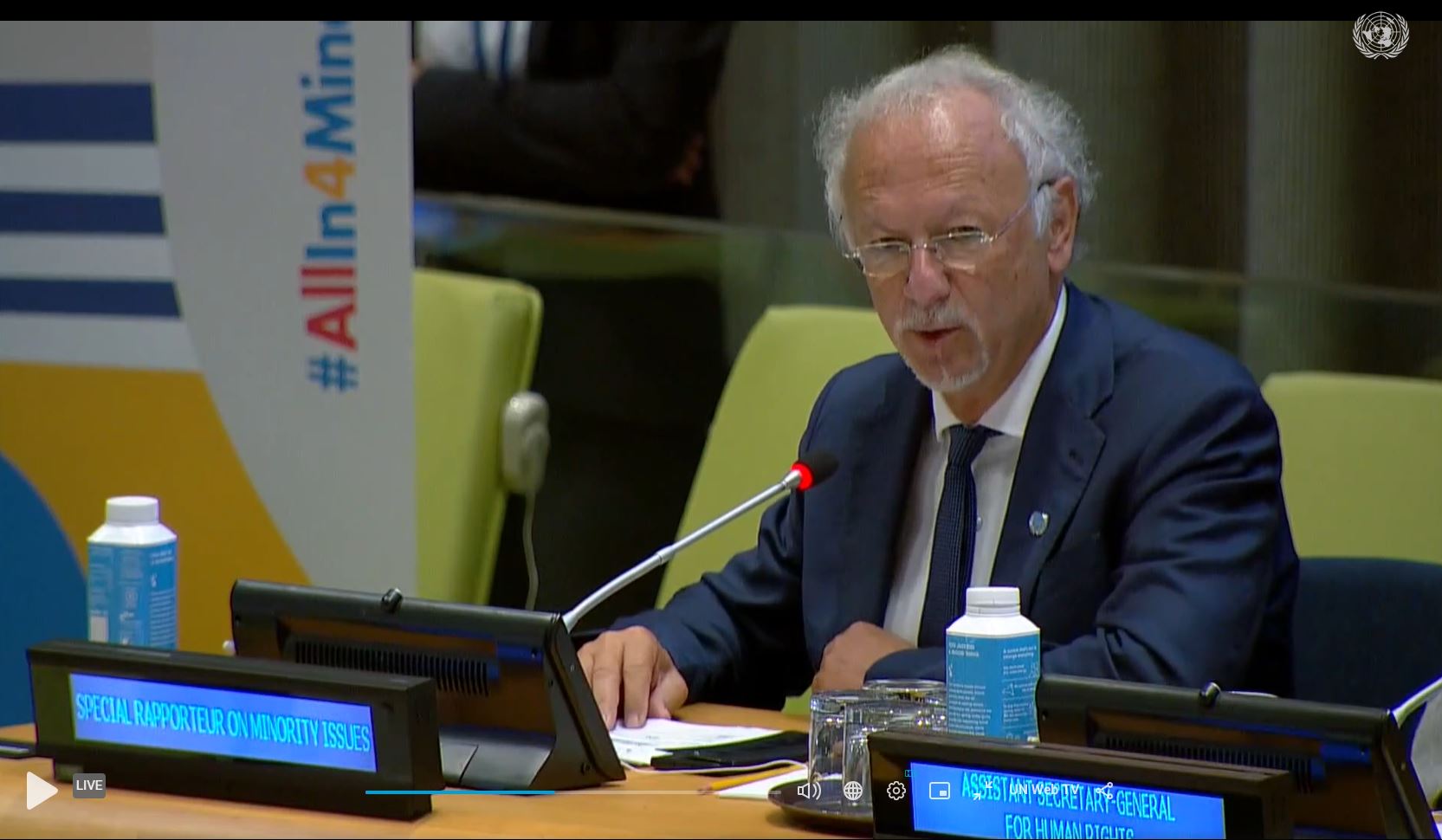 On 21.9.22 a “High-level meeting” of the United Nations took place on the occasion of the 30th anniversary of the UN Declaration on the Rights of Minorities. Participant was also the governor of South Tyrol, Arno Kompatscher. The autonomous province of South Tyrol was mentioned several times as an example for the resolution of minority conflicts.

Fernand de Varennes, Special Rapporteur on Minority Issues at the UN Human Rights Council (foto: UN Web TV, source: LPA), opened the meeting, citing South Tyrol as an example of successful minority protection: “The South Tyrol dispute settlement 30 years ago is a good example of how two governments – Italy and Austria – managed to resolve tensions and conflicts peacefully through years of negotiations and a process of dialogue.”

You can listen to the opening and Austria’s contribution here: https://media.un.org/en/asset/k1a/k1au2ueyt4

Here you find the contribution of Italy: https://media.un.org/en/asset/k1c/k1c24lz8am