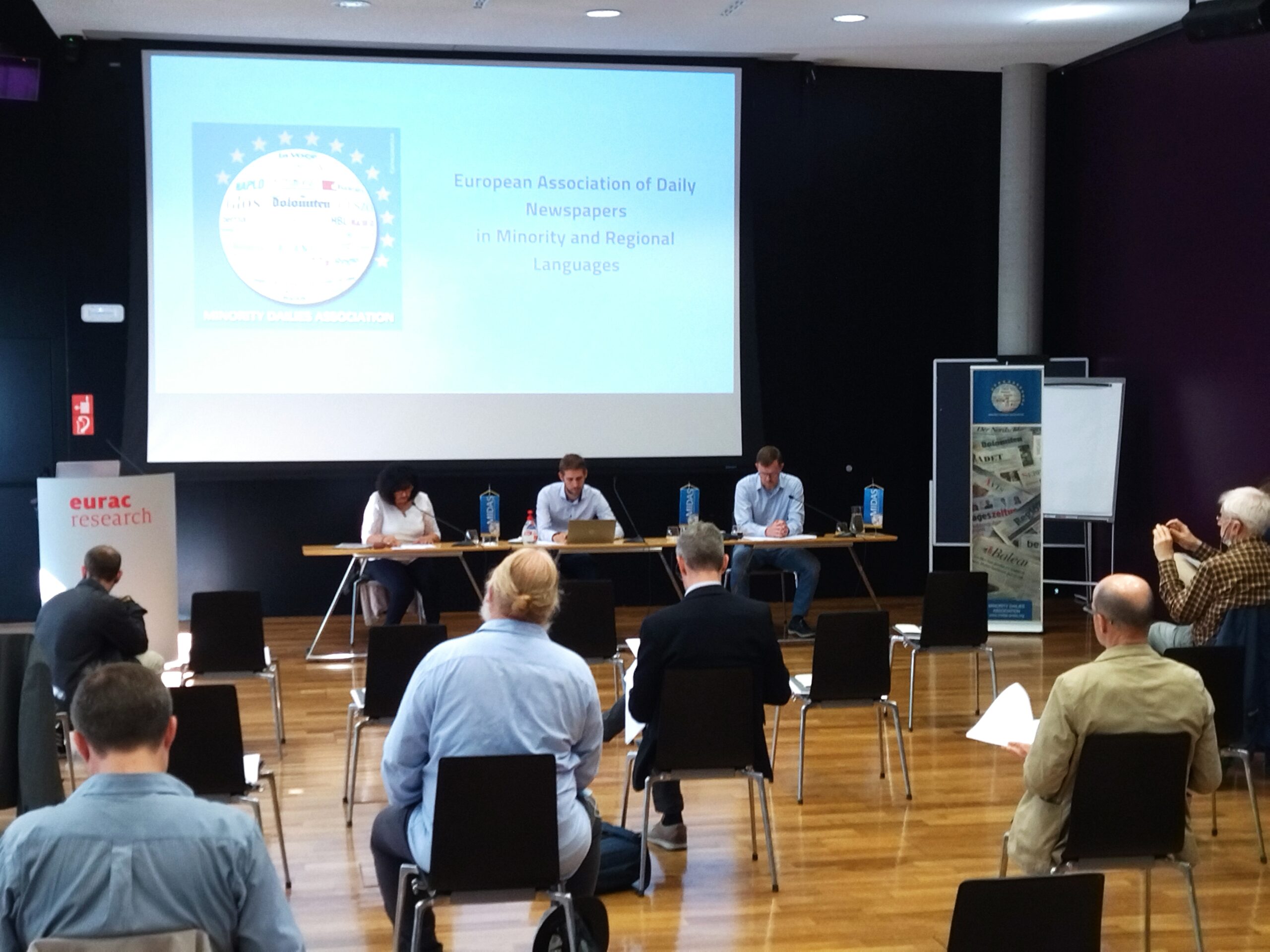 This year’s Midas General Assembly of the European Association of Minority Daily Newspapers took place in Bozen / Bolzano from 10 May to 14 May 2022. The host was the German-language daily newspaper “Dolomiten” and Center for Autonomy Experience at Eurac Research.

The winners of the Otto von Habsburg Prize and the Midas Prize for 2022 were awarded and two journalists were honoured. Walburga von Habsburg represented the Habsburg family at the Midas General Assembly and expressed her delight for the quality of the work published by the award-winning journalists.

The Otto von Habsburg Prize 2022 was awarded to Stephan Wabl, an Austrian journalist with more than twenty years of experience working for numerous newspapers, magazines and digital media such as Falter-Verlag, Wiener Zeitung, Der Standard and profil. His stories appear in print, digitally, as podcasts or videos.

The Midas Prize 2020 for journalists from minority daily newspapers went to Kriszta Székely, a journalist, editorialist, and head of the political column for Szabadság, a Hungarian-language daily newspaper published in Cluj-Napoca / Kolozsvár, Romania.

The programme of the General Assembly included a guided visit to the premises and the printing facility of Dolomiten, as well as a day trip to Innsbruck. Here, members participated in the opening ceremony of the Festival of Journalism, where President Edita Slezáková held a speech on the importance of minority and regional language journalism. Members also paid visit to the office of the Euregio Tyrol-South Tyrol-Trentino in Innsbruck.