Visit of the Austrian Ambassador 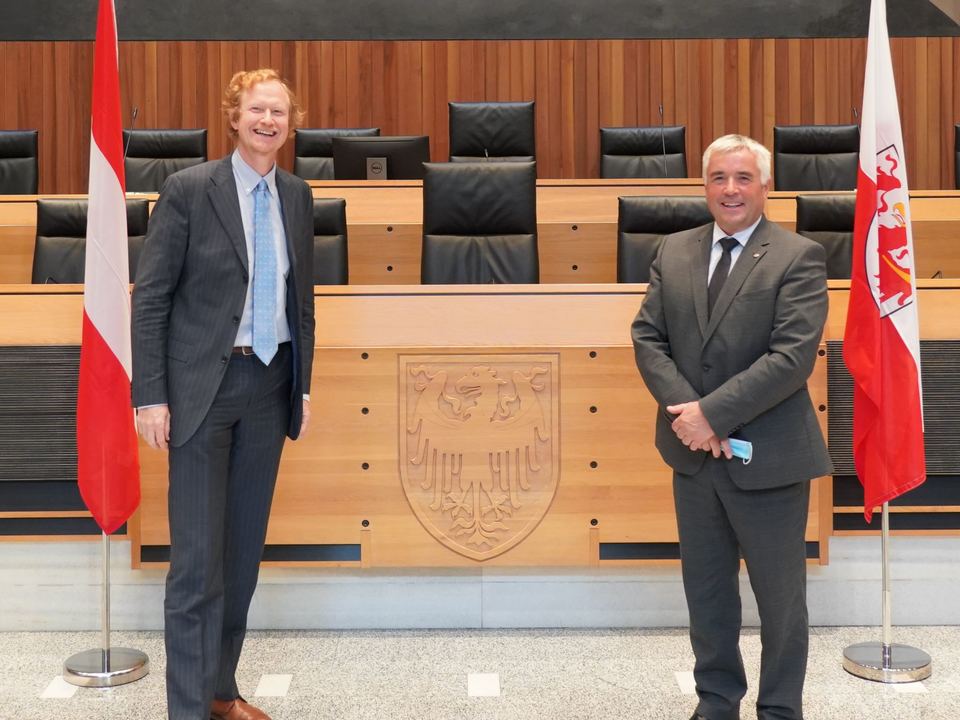 The new Ambassador of the Republic of Austria in Rome, Jan Kickert, today visited the President of the Council of the Autonomous Province of Bolzano, Josef Noggler, for the first time. After a tour of the plenary chamber and an entry in the Landtag’s guest book, Noggler and Kickert, who was accompanied by the Austrian Consul General in Milan Clemens Mantl, talked about current issues concerning Austria and South Tyrol, including the current political situations in Vienna, Rome and Bolzano. They also discussed the development of the pandemic and its economic consequences, which are again becoming a growing cause for concern.

Kickert was furthermore received at Palazzo Widmann by the Provincial President Arno Kompatscher. The main topic of the meeting was the restoration and development of South Tyrol’s autonomous powers.