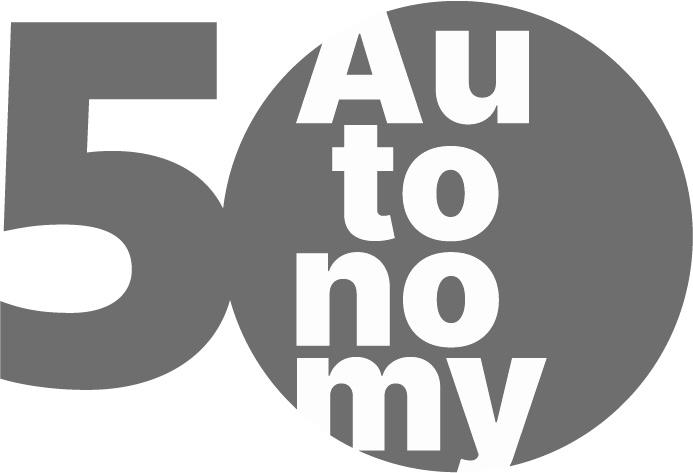 From 5 to 9 April 2022, Autonomy Experience invited people to think “autonomy” differently. In South Tyrol, the term “autonomy” is mainly associated with the historical events of the past century and the resulting political and administrative legal system. In the philosophical week “Philosophicum Autonomia”, philosophers, writers and theologians in Bolzano, Bressanone, Merano and Silandro discussed the meaning of “autonomy” from a philosophical perspective. The week of events took place on the occasion of the 50th anniversary of the Second Statute of Autonomy and was organised with cooperation partners from all over South Tyrol.

In the opening event, which took place on 5 April at 7 p.m. at the headquarter of Eurac Research, the German philosopher and professor of ancient philosophy Christof Rapp and the South Tyrolean writer Selma Mahlknecht ventured a comparison between the concept of autonomy in antiquity and today.

You can listen to the lectures by Prof. Christof Rapp and Selma Mahlknecht (both in German)

In the following days, numerous other personalities gave impulses on the topic of “autonomy”.

We would like to thank the speakers and cooperation partners for the many insights and stimulating conversations we had with theologians, philosophers, ethicists, scientists and writers!