Numerous initiatives for the autonomy anniversary 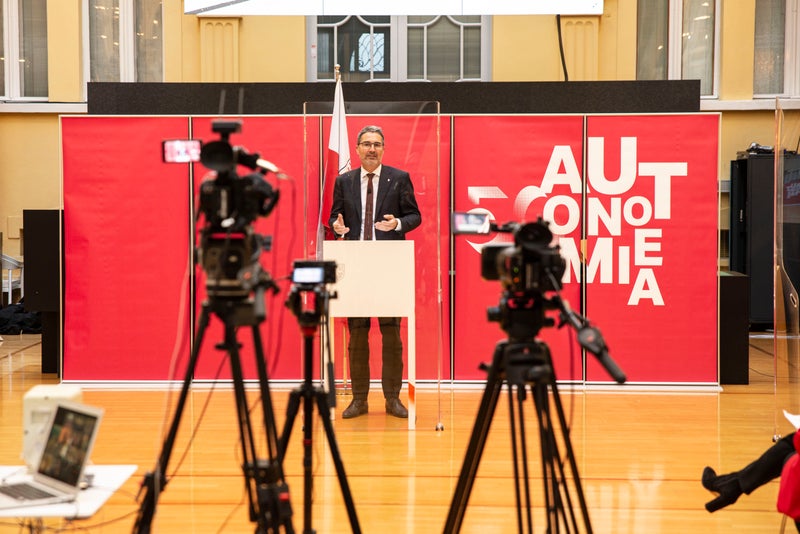 20 January 1972 marks the 50th anniversary of the entry into force of the Second Statute of Autonomy, which made South Tyrol the actual bearer of autonomy. This anniversary is the occasion for various events presented today (17 January) at a press conference at Palais/Palazzo Widmann in Bolzano.

The Centre for Autonomy Experience, based at Eurac Research, has developed a comprehensive programme on the topic, which its director Marc Röggla presented at the press conference. E-learning courses on South Tyrol’s history and autonomy are already online. The programme also includes a conference on the future of autonomy at the end of May, a webinar series on South Tyrol autonomy, “lectures” for schools, a philosophical week at the beginning of April and the film series “Minorities” in cooperation with the Filmclub Bozen Bolzano.

The provincial administration has launched a new website on autonomy for the anniversary year. Information on “50 Years of the Second Statute of Autonomy” is also available in plain language. A new autonomy handbook has also been published and the new edition of the provincial magazine LP will be dedicated entirely to the topic of autonomy.

Further information on the autonomy year 2022 can be found on the following websites: