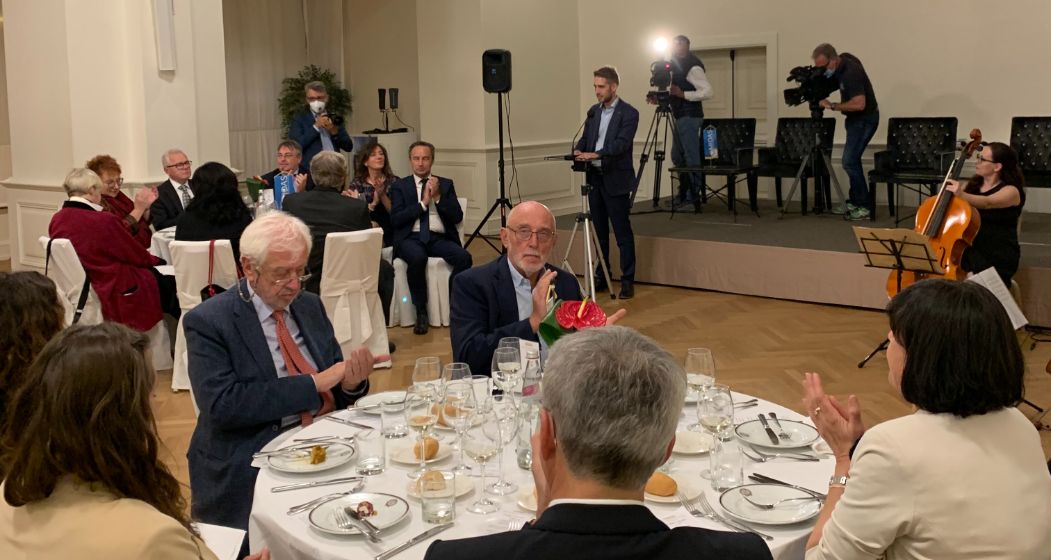 This year, the winners of the Otto von Habsburg Prize and the Midas Prize for 2020 and 2021 were awarded and 4 journalists were honoured. Walburga von Habsburg represented the Habsburg family at the Midas General Assembly and expressed her delight of the diversity included in the work of the award-winning journalists.

The Otto von Habsburg Prize 2020 was awarded to Paolo Rumiz, a freelance journalist and writer from Trieste. With his articles and books, he has contributed to the change in Trieste’s society.

The winner of the Habsburg Prize 2021 is Katharina Brunner from St. Veit an der Glan in Carinthia. She received the prize for two articles on the problems of the Carinthian Slovenes.

The Midas Prize 2020 for journalists from minority daily newspapers went to Emese Ibos from the Hungarian-language daily newspaper “Új Szó” published in Bratislava. In her work, Ibos sheds light on Slovakian domestic politics, writes about minority rights and problems of the Hungarian minorities in Slovakia.

The Midas Prize 2021 was awarded to Abel Gallardo Soto, who writes for the Catalan daily newspaper “Regiò 7” published in Manresa. Soto has made the demographic development in Catalonia his subject and has shown that there are not enough resources available to promote an overall social identity in Catalonia.

Project Syndicate (“The World’s Opinion Page”) and Minet – the minority magazine presented themselves at the Midas General Assembly and a cooperation is being sought.

The programme of the General Assembly included meetings with members of the minorities, a visit to Slovenia to “Partizanski Dnevnik”, the predecessor of “Primorski Dnevnik” and the mercury mine in Idrija, which is a Unesco World Heritage Site.