Kompatscher presented the South Tyrol model at the UN Forum 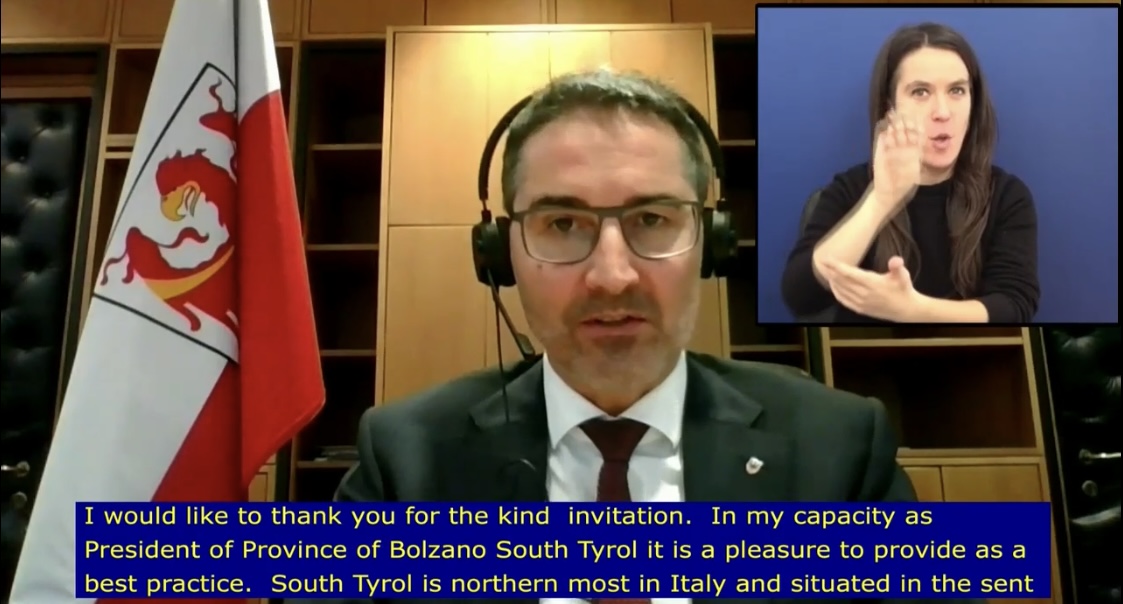 The 14th UN Forum on Minorities in Geneva focuses on conflict prevention and the protection of the human rights of minorities. President Kompatscher was invited to speak about the South Tyrol model.

Kompatscher described the development of South Tyrol from the Gruber-Degasperi Agreement to the South Tyrol question on the agenda of the UN General Assembly in 1960 as well as the Second Statute of Autonomy to financial autonomy and the ongoing negotiations with Rome.

The United Nations Forum on Minority Issues continues (tomorrow) Friday 3 December with contributions from around the world.

More information can be found at: www.ohchr.org