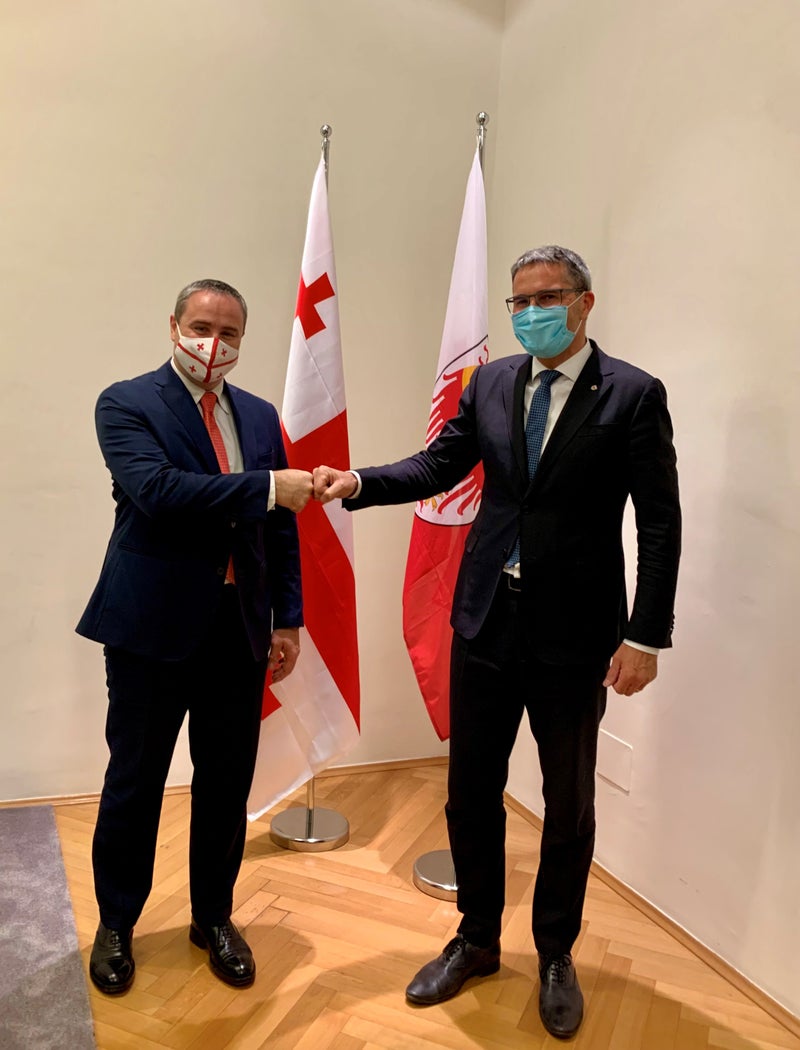 Governor Arno Kompatscher received the Ambassador of the Republic of Georgia in Italy, Konstantine Surguladze, at the official seat of the Provincial Government on Friday evening (5 November). Kompatscher gave a brief overview of the current political and economic situation in South Tyrol and the ongoing development of autonomy.

During the conversation, the Georgian ambassador in Rome showed interest in South Tyrol’s autonomy and emphasised that it was exemplary in many ways. Ambassador Surguladze informed Governor Kompatscher about the political and economic situation in Georgia. The country is administratively divided into nine regions and two autonomous republics: Ajaria and Abkhazia, the latter, as the ambassador noted, under Russian military occupation since 2008.

Eurac Research has been working successfully with Georgian institutions for years, for example in the field of autonomy and minorities as well as in tourism. According to Marc Röggla, head of the Center for Autonomy Experience in Bolzano, which is based at Eurac Research, there is also interest in a cooperation in the field of mountain research.