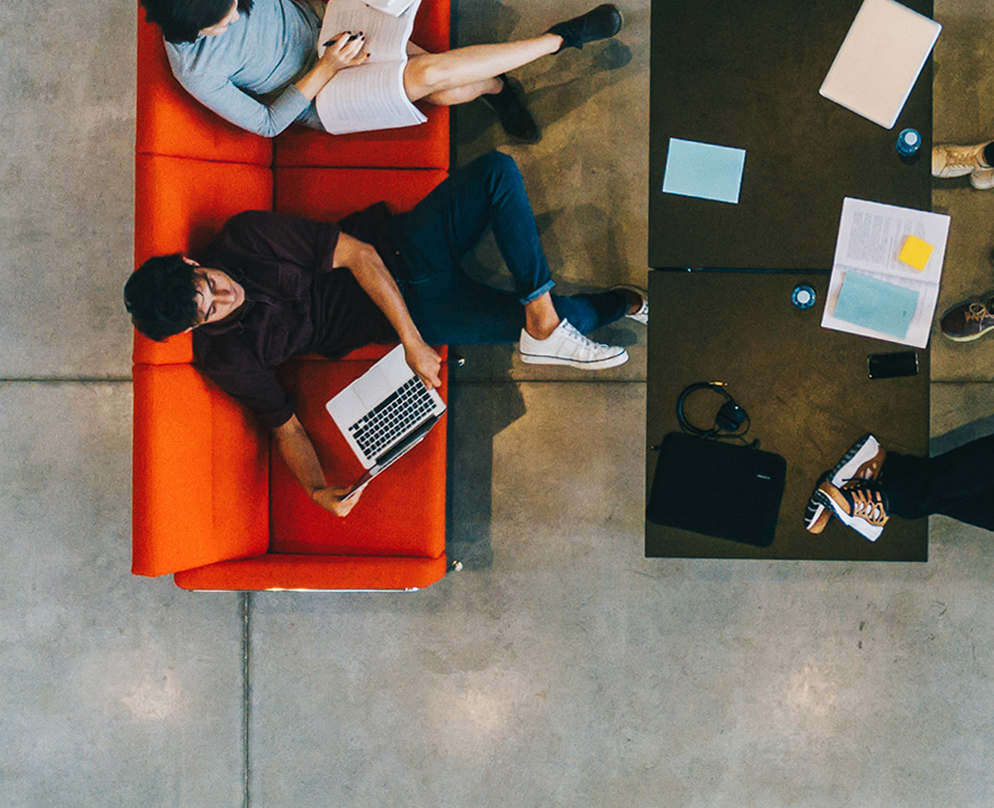 Are you a researcher interested in the Autonomy of South Tyrol or minority protection and are you planning a study visit in South Tyrol?

Autonomy Experience provides experts and students with an insight into the current state of research by connecting you with leading experts in the areas of minority rights and autonomy studies. We’re here to help you organise  a study visit at Eurac Research.

Get in touch
Eurac Research 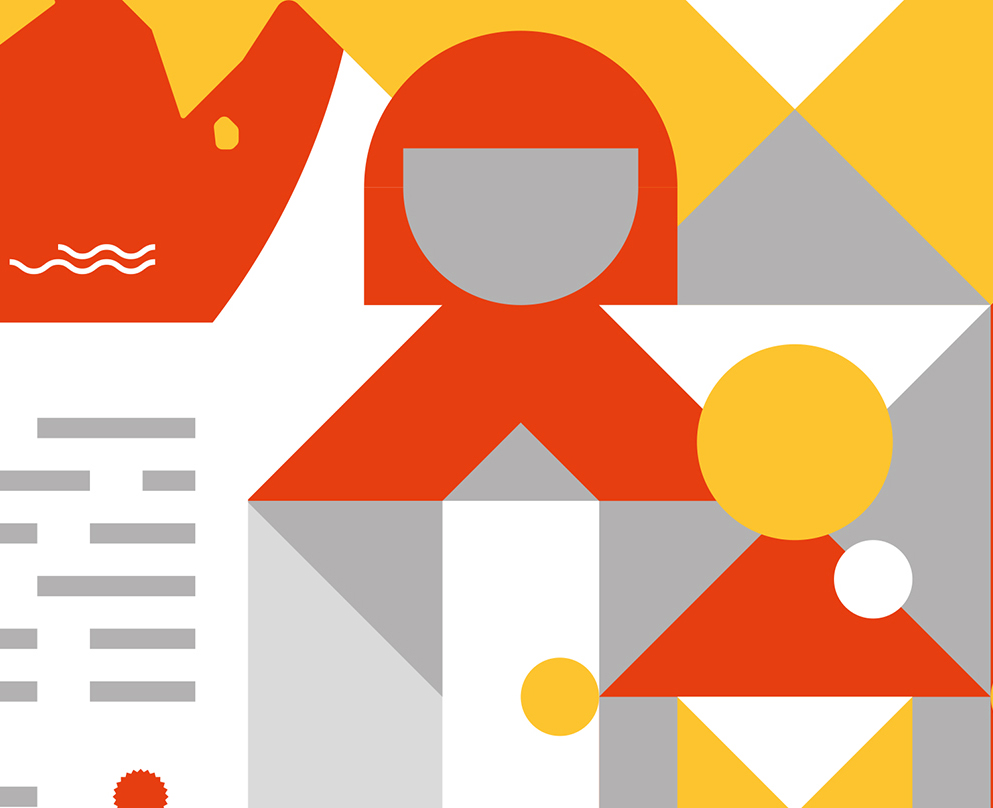 The Summer School on Human Rights, Minorities and Diversity Governance is organised annually by the Institute for Minority Rights of Eurac Research.

The two-week postgraduate programme welcomes an international audience: young researchers and academics, post-graduate students, civil servants from local, regional or national governments as well as employees of international organizations or NGOs. The Summer School follows an interactive approach and explores human rights, minority rights and diversity governance from an interdisciplinary and comparative perspective. It brings together scholars and practitioners and offers the participants the opportunity to broaden their knowledge through a wide range of lectures, workshops, role-plays, and study visits.

Winter School on Federalism and Governance 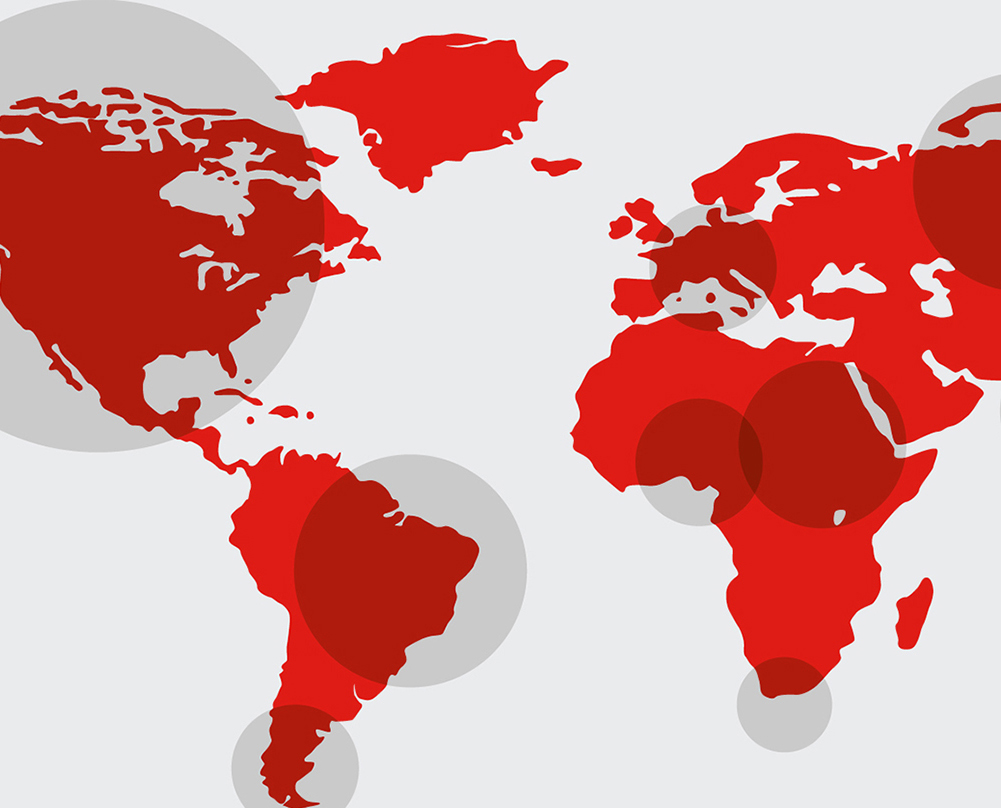 The Winter School on Federalism and Governance is a common project of the Institute for Comparative Federalism of Eurac Research, the Faculty of Law and the Faculty of Social and Political Sciences of the University of Innsbruck, Austria.

The Winter School analyses the phenomena of federalism, regionalism and multi-level governance from legal and political science perspectives. Every edition pays attention to a specific topic, which is approached in detail by legal scholars, political scientists, and practitioners. The two-week postgraduate programme takes place one week in Innsbruck and one week in Bolzano. The Winter School is designed for those who wish to upgrade their knowledge on federalism through an interdisciplinary and comparative approach, including: researchers and academics; post-docs, postgraduate and graduate students; civil servants from local, regional or national government, employees of international organisations or NGOs.

Master in Federalism and Minority Studies 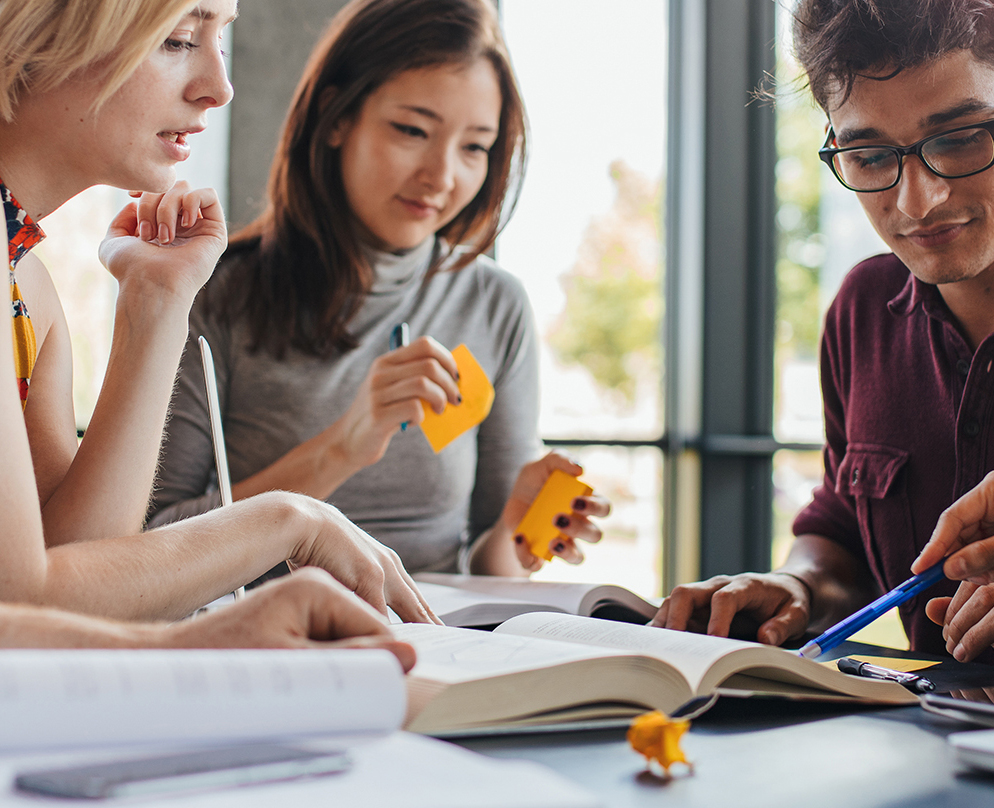 Europe prides itself on a rich culture of diversity, incorporating regions and minorities while successfully adhering to democratic principles.

Currently, this system is being tested to pressure from different angles; the rights, status and protection of minorities and  liberal democracy as a whole, have come under more intense scrutiny and are being constantly challenged.

The Master of Science in Federalism and Minority Studies is a combined initiative of Eurac Research and the Donau Universität Krems, Germany, which offers students a wide range of modules relating to the current issues facing Europe. The course also offers insights to the historical developments which have created the rich texture of political landscapes that represent Europe.

Besides acquiring detailed knowledge on these issues, students will also be equipped with methodological tools to compare and contrast European and global developments. These transferable skills will enable them to analyse power structures, governmental varieties and protection mechanisms across the world. 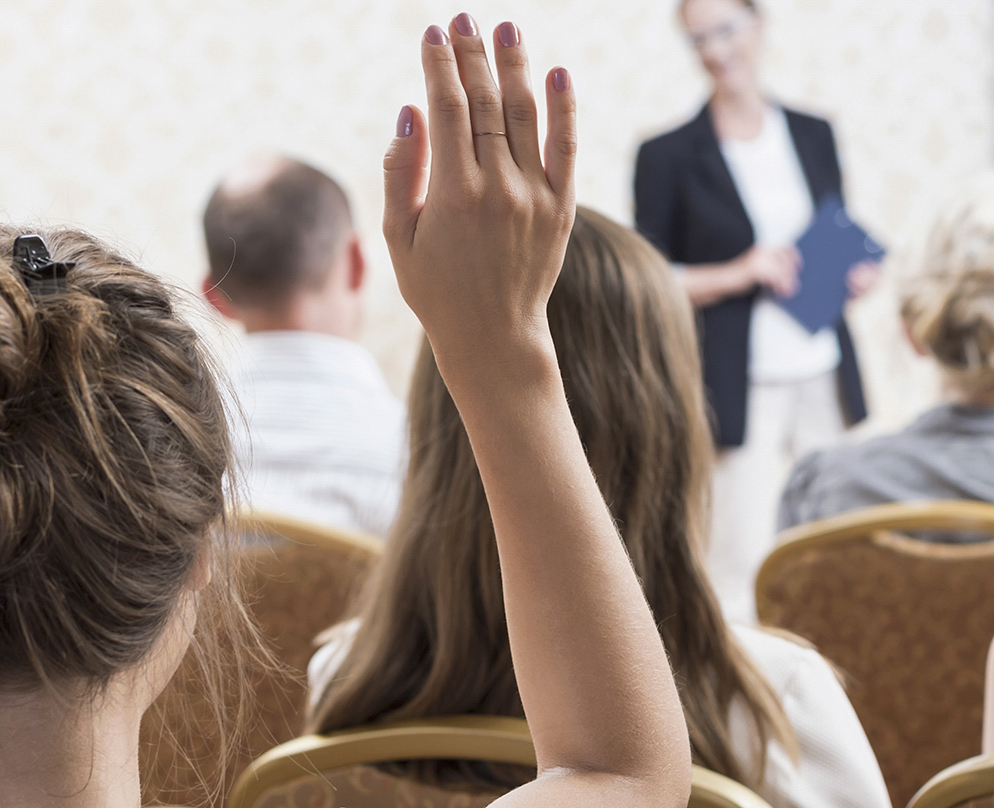 Would you like to learn more about South Tyrol’s autonomy in short teaching units? Join us for interactive and informative workshops.

Interactive workshops for classes on the basic knowledge of autonomy in South Tyrol, no preparation (in class) necessary.

The interactive workshop conveys the principles of South Tyrol’s autonomy and invites the pupils to reflect about what autonomy means for their futures. In an introduction, a staff member from the Center for Autonomy Experience conveys the most important information on the Autonomy Statute of South Tyrol. Subsequently, the pupils discuss their own wishes and visions regarding their futures in South Tyrol. The proposals are presented and discussed in the plenum. The outcomes will then be published on the web page of the Center for Autonomy Experience and on Eurac Research’s social media channels.

Interactive workshop for classes, focussing on the topic of autonomy,  in class preparation (in consultation with the referee) is recommended.

The interactive workshop conveys basic and specific knowledge on the topics: self-determination and autonomies in Europe in the past and present with special focus on the attainment and implementation of South Tyrol’s autonmy . Based on intense team work and an interactive teacher-centred approach, pupils analyse, together with historian Georg Grote, the historical, political, legal and social components of the independence movements in Europe as well as the national movements, which resulted in the existence of the present European states. The objective is, on the one hand, to enlighten South Tyrol’s example in the field of minority protection and autonomy in the context of European developments in the 20th century and, on the other, to awaken a lasting interest in the forming of South Tyrol’s dynamic autonomy.

Georg Grote, Senior Researcher of the Institute for Minority Rights of Eurac Research

Free of charge. The workshop is coordinated by Eurac Research for Schools, contact persons Sabrina Zung and Karin Amor; Dates on request via email to: schools@eurac.edu.

Interactive workshop for classes in Italian and/or English; no preparation in class needed.

The object of this workshop is to offer pupils who are studying or are interested in the topic of autonomy in South Tyrol or Europe, an insight to other systems of self-governmenance in the world, and in particular into those of indigenous nations. The first part of the workshop includes intercultural games, some short video clips, and a presentation-quiz which is supposed to induce a spontaneous discussion with the students about indigenous nations, their history and current conditions. The second part includes a role play in which the students are supposed to divide themselves into groups and simulate encounters between international organisations and NGOs, governments and indigenous nations in order to construct a system of autonomy together, which results in a balanced compromise for all parties involved. At the end, there will be a short moment of reflection together with the students (debriefing) on the activities processed as well as on the complex balance that the self-government of South Tyrol provides in relation to nations such as Latin America, Australia, Bangladesh and many other countries.

Alexandra Tomaselli, Senior Researcher of the Institute for Minority Rights of Eurac Research

The interactive workshop provides basic information on the history of Jews in Europe and South Tyrol from the Middle Ages to the present day.

Jewish history in Europe goes far back into antiquity. The Jewish minority was the only religious community tolerated by the Christian majority that, but always under precarious conditions. For Augustine, their social “humiliation” was proof of receiving just punishment for not wanting to recognise the true faith of Christianity. In the Middle Ages, Jews were formally under the global protection of the Church and the emperor, but the local reality of life was often different. Sometimes they were even subjected to attacks, expulsion, pogroms and social and economic exclusion until modern times, while in other regions they were oblivious to it. Jewish history is by no means only “lacrimosa”, as the Jewish historian Salo W. Baron once put it: Jews, apart from all the suffering they experienced, were also active agents of their fate. They shared the same reality, language and living environment with the Christians, lived in direct neighbourhood with them, cooperated in crafts, the practice of religion or on a legal basis. Ecclesiastical ideas of anti-Judaism nevertheless flowed into the racial anti-Semitism of the modern era.

The workshop also focuses on the period of emancipation and enlightenment in the 18th and 19th centuries: From this time onwards, Jews were involved in shaping European modernity, be it in science, politics, journalism, art or culture. How Jews lived and still live in South Tyrol, what role they played in tourism, society and medicine, is also part of the workshop.

Interactive workshop for classes; provides the basic knowledge on the Middle East conflict; no preparation in class needed.

Only few regional conflicts shape international politics as much as the Arab-Israeli conflict. In this webinar we cover the history of Israel in the 20th and 21st centuries. A 30-minute introductory lecture will present the historical origins of Israel’s foundation, cover the numerous conflicts with neighbouring Arab states, but also look at the coexistence of Jews, Arabs and the other minorities in the country itself. Afterwards, students discuss the most important similarities and differences with South Tyrol. The observations are presented and discussed in plenary.

Interactive workshop for classes; provides the basic knowledge, factors, concepts, manifestations of fake news and hate speech, as well as actors who contribuite to alienation, polarisation and radicalisation; no preparation in class needed.

How are fake news and radicalisation connected; and where is the line between freedom of expression and hate speech? Radicalisation tendencies in the South Tyrolean/Italian and Austrian context will be addressed and deradicalisation strategies will be discussed together with the participants.

Kerstin Wonisch and Mattia Zeba from the Institute for Minority Rights, Eurac Research

Students who want to improve their knowledge about the autonomy of South Tyrol? Our E-learning courses #forschools offer a good opportunity to do so. You find them under “E-Learning Courses“.

Any cookies that may not be particularly necessary for the website to function and is used specifically to collect user personal data via analytics, ads, other embedded contents are termed as non-necessary cookies. It is mandatory to procure user consent prior to running these cookies on your website.